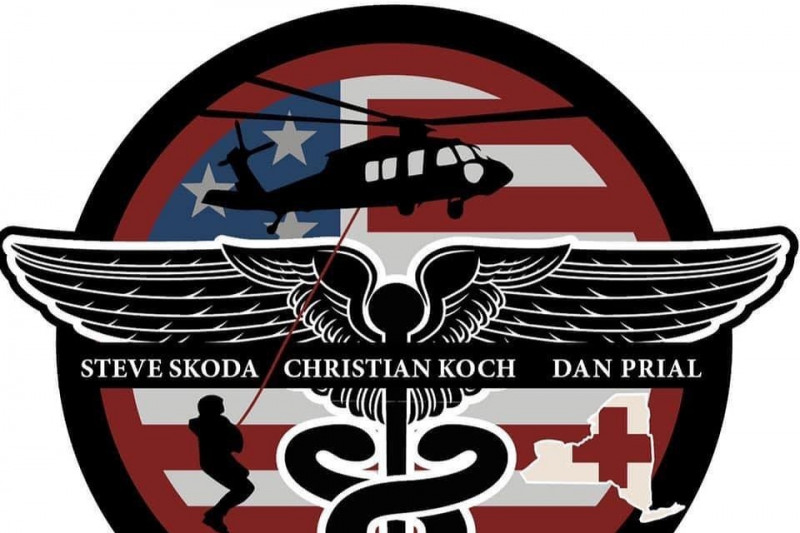 One year ago tonight, on January 20th, 2021, the members of IAFF Local 1636 were part of a large public safety contingent that responded to Mendon for the crash of a Rochester-based NY Army Reserve National Guard Blackhawk helicopter. In a sequence of events reminiscent of the Mohawk Airlines crash, several off-duty Firefighters were at the firehouse due to an Alert 2 that had concluded just minutes before. In 1963, a false alarm brought many personnel to the firehouse shortly before the worst aviation accident in local history occurred. Both times, an immediate response followed with more manpower than would normally have been available. Unfortunately, the accident was not survivable and all three soldiers on board were killed, but amazingly there were no injuries on the ground.

The operation that followed required a significant amount of coordination amongst the personnel on scene and those working to support them. Our members played a significant role in the early stages of the accident by extinguishing the remaining fire and helping to preserve the scene while several other agencies directly supported us by providing water supply, lighting, and overall scene control. Once our crew was released from the scene several other agencies maintained control of the scene and protected the investigators that were already working to determine a cause. In the year since, those agencies have been recognized for the role they played the night of the crash and in the months that followed.

As we recall the events of last January 20th, we also take a moment to remember the three brave aviators we lost:

Of note, two of our retired members - Bob and Mike Koch - are related to Christian Koch. In the days following the accident both men reached out to our members and expressed their appreciation for the efforts of those that responded.

Along with their families, friends, and loved ones, we mourn and remember these three brave men.