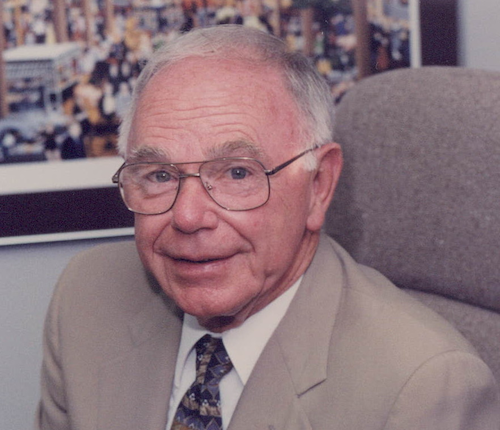 The members of Local 1636 are saddened to hear that longtime Rochester Airport fixture Sam Cooper passed away last Friday, June 7th, at the age of 96. Mr. Cooper was a pilot in WWII before eventually serving as the Airport Manager from 1972-1989. He remained here as Public Relations Director up until a few years ago conducting airport tours and was an almost daily visitor to the firehouse. Sam witnessed many, many changes at ROC during his tenure here and was full of information about the airport and its history. He also had a collection of photos with the many celebrities and VIP’s that traveled through the airport, including several sitting Presidents. His presence will be felt here for many years to come which is “Outstanding, young fella!”

Statement on the Passing of Richard ‘Dick’ Masters, Charter Member of IAFF Local 1636

It is with great sorrow that we announce the passing of Richard F. Masters - Retired Airport Fire Captain and Charter Member of IAFF Local 1636. He passed away on February 21st at the age of 86 following a brief illness.

After serving as an Aircraft Firefighter in the United States Marine Corps, Dick was hired as a Firefighter with the Rochester-Monroe County Airport Fire Department. When the career firefighters joined the International Association of Fire Fighters in 1966, his was the first of nine names printed on the Certificate of Affiliation. He retired as a Captain in 1993 after more than 30 years at the airport.